Don’t Let Loneliness Push You Away From Your Soulmate

Being single sucks at times. You notice other couples, believe you are the only one alone, and become jealous or sad that you can’t seem to find that one person to be happy with.

You’ll be wanting to have someone there for you, a partner that you can rely on, but they just aren’t there. Like all good things, people will often rush to find their soulmate, but end up making a wrong decision in their haste.

Often times, these negative emotions can get so bad that they begin to cloud your judgement, making you enter a relationship that you’d actually prefer not to be in. While it might hurt to say, many people enter relationships purely out of desperation. They are desperate and dateless.

Sit back, relax and take perspective and learn from the wisdom of others. The better choices you make, the more likely it is you are on track to find your soulmate.

When you are unable to find anyone you can truly be happy with, avoid latching on to the first to connect with you online. Often, the first takers end up being great, and the relationship works out, but typically, this isn’t the case.

In the online dating world, there are some who think finding the right partner is a numbers gain. They connect to all of the profiles without reading the detail. You don’t want to be the recipient of friendship with these people. Wasting time, emotional energy and confidence on these people who don’t seem to care about the person, instead just to have someone, anyone will do.

To avoid one of these online numbers game, set everyone you connect with a little test to see if that has read your profile. In your first conversations ask “what was it about the profile that moved them to make contact with you,” this usually stops them in their tracks and you don’t waste any more time with them. Both men and women behave in this way.

Most relationships formed out of desperation might seem pretty good at first, but many issues will quickly shine through. You might realize that you both have wildly different interests or long-term goals, which makes it difficult to even get further than the first few months.

Even then, throughout this relationship, you’ll both be unhappy to an extent. If you’re not fully committed to the person you’re starting a relationship with; it’s harmful to both of you.

While the relationship goes on, either you or your partner could’ve missed out on finding your true soulmate.

Don’t be afraid of being single and a little lonely just a bit longer as you devote more time to finding your soulmate. It’s truly worth doing in the long run because you’ll have more beneficial and real relationships along the way, even if they don’t all end up perfect.

As difficult as it may be, you can’t just lower your standards because you’re lonely. This will only introduce you to lousy relationship experiences, and make you unable to connect as well with your true soulmate later.

You have to evaluate everyone you start a relationship with as if you’d be willing to call them your soulmate and spend the rest of your life with them. If that person doesn’t pass this test, it’s a safe assumption that you can move past them and keep looking for that special one true soulmate.

Don’t Rush the Process of Finding Your Soulmate

It can be hard being single when you want to be part of a couple.

Out of fear of never finding their true soulmate, many people end up just taking what they can get, settling for someone that they aren’t truly meant for. Most of the time, this hasty decision will lead to a relationship in which nobody is actually happy.

It may take some time to realize this, though. Sometimes it will feel like a great relationship for the first month or even upwards of the first few years, but eventually, you’ll realize that this isn’t truly the person that you wanted to be with.

When you first begin thinking about someone as a potential soulmate, take all the time you need to evaluate them and make sure they’re the real person you want to spend the rest of your life with.

It’s easy to gloss over flaws when you first meet this person just because you’re excited, but take some time to analyze those flaws, because they may become a real source of stress in your relationship down the line.

This isn’t to say that your partner must be flawless, because nobody truly is, but make sure their flaws won’t cause too many future issues. It takes a lot of time and effort to find the person that you’re meant for, but in the end, the payoff will be worth it.

Make sure you’re actively attempting to find the person who’s meant for you because they will very seldom just show up in your life. Make that outward effort to match with this person, and you’ll usually end up with a better chance of finding them.

While it may not seem like it at the time, being single is better than committing yourself to a relationship that won’t work out in the long run. The future breakup will only cause a lot of emotional damage and stress, and while the relationship is going, you may end up missing out on the person you’re meant for.

Keep your options open, and don’t be too quick to turn people down, but also don’t just jump on every opportunity for a relationship that you see. Sometimes it seems like people spend more time researching what car to buy than which life partner they want to risk an emotional investment with, and that’s no way to approach the task of finding your soulmate.

Keep It Simple With Your Soulmate

When you first enter a relationship, try to put yourself in your partner’s shoes. Would you want a partner who consistently brings their past issues into your relationship, especially issues about old relationships?

Read here to see if you are soulmate material or can recognize yours.

Chances are, you probably wouldn’t want that. By extension, it’s for the best that you don’t bring those same problems to your soulmate. If you’ve had past relationships that have ended poorly, you’ll most likely have some reservations about future ones.

Past relationships may have ended in the worst way possible – and you’ll naturally have some scars from them, like trust issues and a hard time committing. However, you have to be able to move past these. Keep the initial conversations simple, focusing on the other person first is a good icebreaker.

To have a successful relationship, you have to get into the right mindset going into it. You can’t go into it hoping it won’t end like the last one, or even thinking about previous ones.

Go into a new relationship as if it were an entirely clean slate, and you can fill this slate however you please. If you go into each relationship dragging your previous relationship issues in tow, it will almost always result in a worse relationship each time, building on itself again and again.

Instead, you have to be optimistic and open, so your relationship will have more room to grow. This doesn’t necessarily mean that you can’t ever bring up past issues. If at some point during your relationship you feel the need to explain why you think or act a certain way by detailing what has happened in the past, then that can be beneficial in that you’re appropriately communicating and being more open.

Your partner may have also experienced similar issues in the past, which can be a point of bonding. However, if you just throw all of your issues in from the start, it will seem overwhelming to your partner and may throw them off from the get-go.

Nobody wants to start off a relationship by being barraged by a bunch of issues, none of which particularly explicitly apply to them. It can be hard not to bring up these past issues, since they seem very relevant to you and what you’ve experienced with relationships in the past.

You just have to be able to move past it and look at the bigger picture at hand. Try to put yourself in your partner’s shoes, and realize that they don’t necessarily need to hear about all of those problems at once.

Don’t Let Loneliness Push Away from your Soulmate, Think about online dating, there are different advantages for men and women. 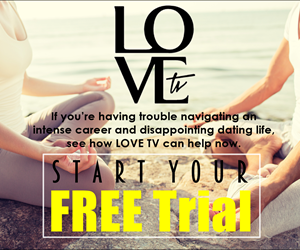 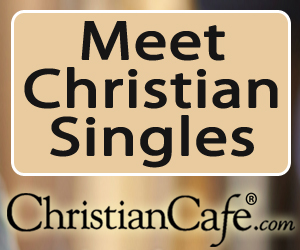